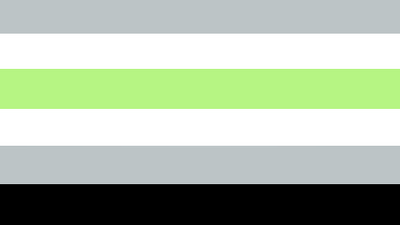 Agender is a term which can be literally translated as without gender. It can be seen either as a non-binary gender identity or as a statement of not having a gender identity. People who identify as agender may describe themselves as one or more of the following: Genderless or lacking gender... 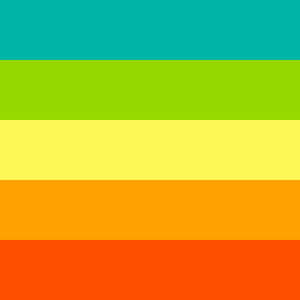 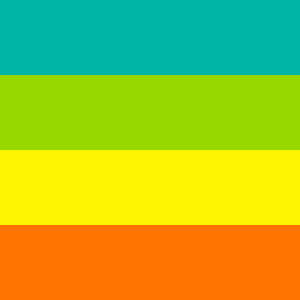 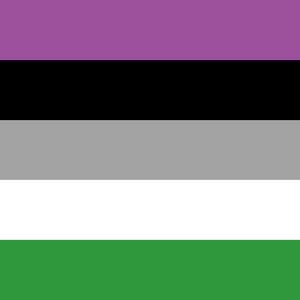 So, I'm not really sure what my gender is, I think I'm agingender or something like that? I was trying librafem, but it doesn't really fit so I'm just leaving myself at agingender for now.

Despite being agenderish though, I kinda want to try some androgynous sounding neopronouns, if that makes sense? Like ne/nim/nir kinda?

Here is the link

How do you call an agender person who doesn’t mind to be perceived as their biological sex? For example, an agender who presents in any way but still call themselves a female. It’s not having a partial connection to being a woman but just don’t mind or even wants to be referred as such (regardless of presentation)

Hi everyone! I'm writing a story about a boy [Identifies as a girl/non-binary], but i would like to know if there is an official word for being Non-binary but also female at times. (I'm Cisgender so I dont know much. I am an Ally tho). TYSM TO ALL WHO ANSWERED

Can someone please help me find my gender?

I feel nothing most of the time, but agender doesn't seem to be it. I with fluctuate how fem or masc I feel, but never do I feel connection to any gender. I feel comfy using literary all pronouns. But I do have to say that I feel more comfortable identifying as a boy than a boy, although I don't want to do either.

I think I'm a Transgirl but I'm a REALLY bit boyish. And once I feel like an Agender. And once Genderfluid so I dunno what my gender is!

Heyyyyy I'm genderfluid, agender, and pansexual (same for my friend), I want to know if I am anything else and what else am I. Please type in the chat. Also have pride! Don't be afraid to speak up about how awesome you are!

I used to not care too much about gender, but I was really bothered by stereotypes assigned to me, but even then I accepted that I was just a cis guy, more recently my friend came out as agender, so I asked them how did they found this out.

After listening to the "story" I realized that I identified too much with it, so I started to think more deeply about it, after a while I realized that I still had a small part of me that felt like a boy, maybe 5%, so the question yeah, can i be a demiboy even if only that tiny part of me is a boy? Or agender is still the best definition for me?

I have stumbled across this

Hi I'm Caleb, I'm agender and I use he/they pronouns :) 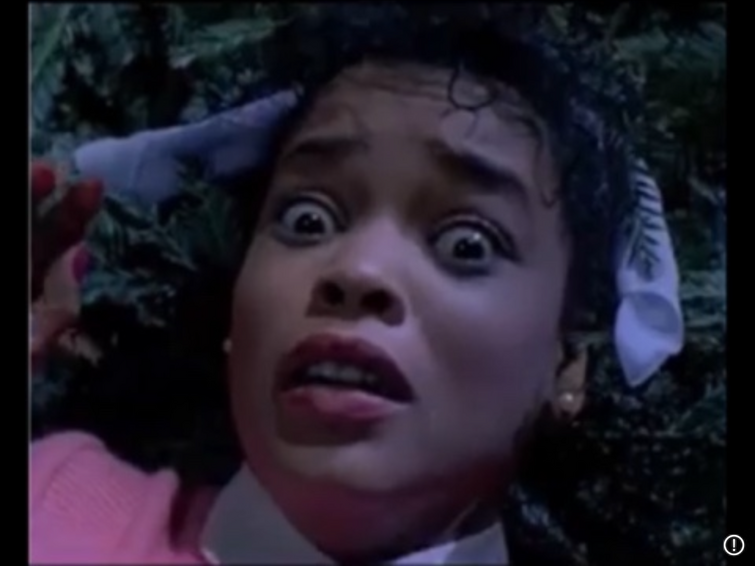 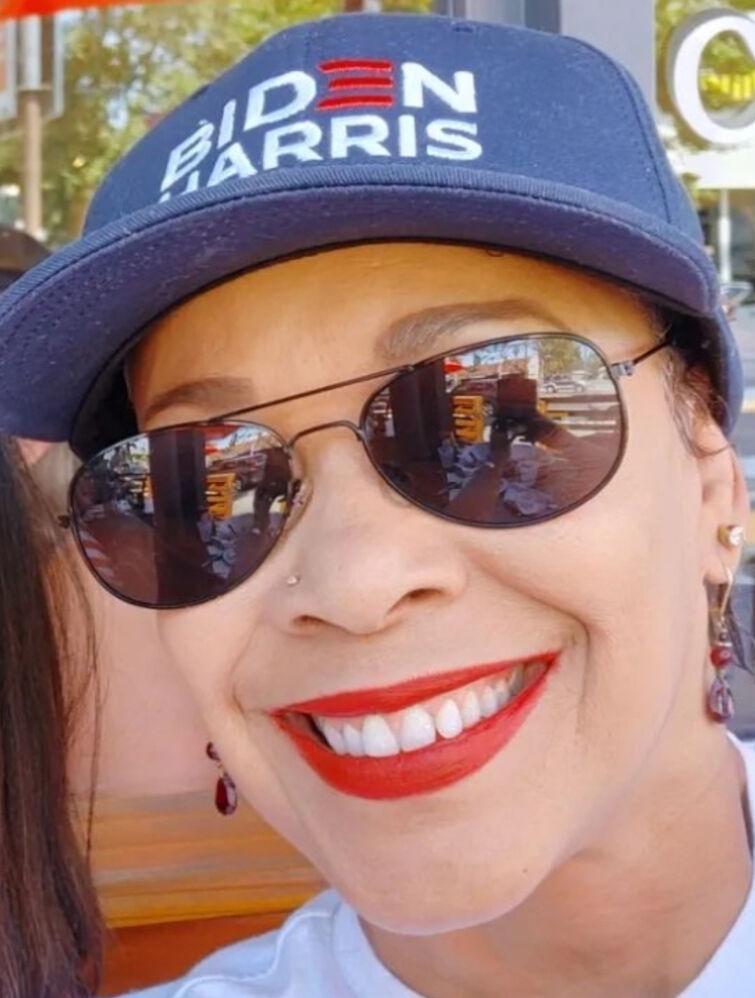 Ola Ray:I can’t believe Michael Jackson just turned into a werewolf.he didn’t feel so good. his eyes turned yellow, he has jaws, he grows hairs and whiskers. I screamed and ran away but then he chase me howl at the moon and caught me. And attack me.

(Kathy Beth Terry took Ola Ray’s Clothes off of her)

Ola Ray:I don’t feel so good. What is happening to me?

Kathy Beth Terry:I brought a new husband for you. So you are less than pregnant.

Ola Ray: that was fast.

Im having a gender crisis. like a really bad one. ive been identifying as agender for a pretty long time, but now i feel like its not the case for me.

Now this is a bit complicated: i absolutely love appearing as a boy, or just masc in general, people calling me a boy and using he/him pronouns make me genuiely happy. But i feel like im not ftm, more of a demiboy i guess? like theres still a part of me that tells me that im not a trans man. now i have no idea if its simply because im scared of telling others that im ftm and its just a way of me trying to avoid it or if im really nb. i just cant figure it out, even though ive been thinking about it for probably 2 years and im already tired. like if i wont figure it out any time soon ill go crazy. feel free to ask me about stuff that will help judge my situation, ill try to answer it asap

I have no idea if I’m agender. The thing is, sometimes I also feel demiboy. Another thing is, is that I feel fine w/ s3xual stuff one day, but the next I’m not, so idk if im aceflux or not. Someone help. Thank u!!!

I identify as genderfaun, but, can u also feel agender at some points?

Hii! So I am quite new to the LGBT+ community!! I am trying to figure out my identy, so I'd like some help

I think I am muktiflux as one part of me rarely changed (static), that is female and it is like 80%.

But then I have like 3 other genders that like change in intensity. These include androgynous, mingirl, neo girl, neurogender (I have adhd and a few other things) and basically some other femalealighned (and non binary) identiys. Sometime I feel 18% androgynous and 2% neo girl, and other days I feel 20% mingirl.

Edit: I am not experiencing any body dysphoria, I am biologically female, i just sometimesf eel female but not feminine.

I feel like I'm a women and I am very feminine but on the other hand I feel like I have no gender. I dont know what I am and its really confusing.

Since coming to the realization that I'm guyflux(I came to this realization back in November) I don't feel like I have been able to find my true self, and I'm still partly stuck to who I was before. Has anyone else experienced anything like this? If so how did you find your true self?

Im literally feeling like i should have been/i was assigned male as birth (my parents n doctor thought i was a boy till i was born btw but it probably doesnt change anything) and i feel very feminine most of the time and sometimes i feel more masculine but its rather rare. i also feel gender neutral often. and i feel kinda weird when people refer about me as he/him but i mostly use those in my thoughts because i feel more natural with them and i always did actually, i dont have any problems with using she/her pronouns tho. idk i just really dont know

I'm Eve and I'm Libragender or maybe Agender. I use any pronouns and any terms but have a slight preference to she/her pronouns and feminine terms. (I think Libragender is the term for it but not sure)