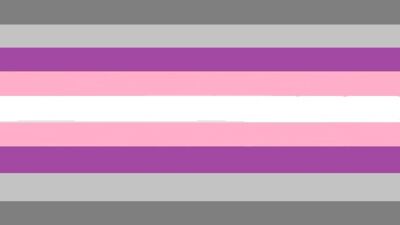 Demigirlflux is when one's gender is demigirl but it fluctuates to between that and agender. The term may also be be interpreted as someone who is partially, but not fully girlflux. Demigirlflux is under the girlflux umbrella. The first known use of the term was by goodpositivitylgbt on January... 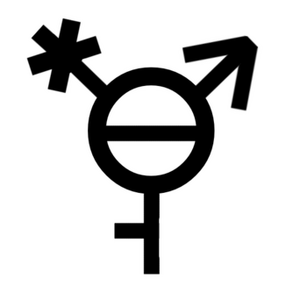 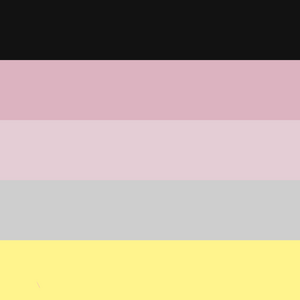 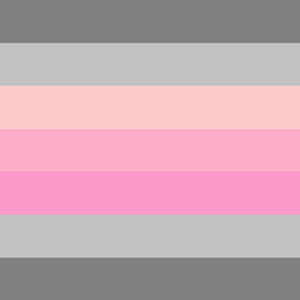 I realised I'm not cis awhile ago and I've been using she/they pronouns online for about 6 months and I like those pronouns, they make me feel comfortable so the they aren't really the problem.

I identified as female, then non-binary but neither really fitted so I tried demigirl but I felt as if my gender was more fluid then that. That led me to trying demigirl-flux but I often feel more female than just a demigirl, which is the most feminine a demigirl-flux person feels. That led on to gender fluid but I never feel like a guy or feel like he/him pronouns fit.

Recently I've been feeling alot of dysphoria about my chest (I'm afab) and for a while it was my hair (but then I cut it shorter and the dysphoria related to that stopped.) which is why I decided to try and address the issue instead of ignoring it.

If anyone has any ideas about what identities to check out or what I may be, for lack of better word, please let me know.

I'm not sure how much sense this made...

Hi, I started questioning my gender around the beginning of August, and I think I recently came to a conclusion that I'm girlflux (or demigirlflux). Since I'm fairly new to the LBGTQIA+ community, I had a question about girlflux: is it sort of like genderfluid, when you can feel one gender at one time and then later, next day, sometime later feel a different gender? Because I think I felt like enby one day, but I think later that day I felt more demigirl. Is this valid? Is it different for every person? I'm still confused, I might be demigirl or girlflux, I just want a little help :/ (I'm also AFAB)

I have almost no clue what my gender is. the only thing i know is that im not a man in any way. i think my gender feels feminine (but not girl) sometimes ??? and im fairly sure its neutral most of the time. but i also have no idea if thats true or not. and im not sure if its fluid or static or both (although writing this out it seems like its fluid). i feel like sometimes i do have a gender, but its not boy or girl. sometimes i do not have a gender. sometimes my gender is feminine. i have no idea what it is, so uh yeah please help if you can

Umm so i feel like demigirlflux and agender fit me very well currently so like can you be both or is there another label i can use?

I know this is kinda long but I wanna add full context. This might be confusing but it's just as confusing to me so any help or advice is appreciated!

For the past month I’ve been questioning my gender. I have questioned my gender in the past but it never lasted longer than like a day tops. It was usually due to the lack of sleep, and I feel like it could be now as my sleeping pattern is currently not great.

I am, and mostly have always been, ok with using female terms, looking feminine and having femenine features, and identifying as female but for some reason I just don’t want to be cis. I have experimented with ftm, non binary, and somewhat with genderfae and demigirl. None of these terms seem to fit and I ended up not liking he/him pronouns or masc things/identifying masc for the most part. I have experimented with non binary more than others as it seems that what my mind keeps throwing at me but every time I try labeling myself as non binary I get hit with thoughts such as

“This doesn’t fit at all”

The thing is these thoughts often worsen by getting sleep, but I don't think that questioning my gender is 100% caused by lack of sleep because it's still mostly a problem when I'm not tired. I am aware that this just might be impostor syndrome but it gets too overwhelming and I just go back to cis/questioning. I have looked into terms like demigirl, demigirlflux, bigender, girlflux, genderfae, paragirl, and genderfluid but none of those seem to fit either. This whole crisis started after I changed my sexuality (pan/ace to omni/ace) because I really hated the discourse around pan, and omni was just a better label for me in general. I know I may just end up being cis in the end but this is really confusing and need someone's outsider perspective/advice.

So I’m confused about my gender. The most feminine I’ve ever felt in the last month is a demigirl. I’ve never felt completely female lately and I just saw the label demigirlflux. i think it might fit, but I’m not completely sure. I never feel completely male but some days I do feel more masculine than others, but never enough to feel fully male. this normally changes every day. I first tried identifying as genderfluid but it just didn’t feel right. I do have a top dysphoria, but I don’t have a problem with female genitals. I do feel more of a connection to femininity because that’s what I’ve gotten used to and I don’t have that big of a problem with it. but like I said, I never feel fully female and the most feminine I ever feel is a demigirl. I think this could possibly be demigirlflux but I’m not sure.

So I am AFAB and I identify as trixic/lesbian. For a while I've identified as a demigirl, but I don't really feel like a demigirl, but I do? Like I feel a lot closer to non-binary then dead center between enby and feminine, but at the same time I don't really have that much chest dysphoria, I just feel like other people shouldn't see them, and it's not a modesty thing... does that make sense? Anyway I found the label bigender and I was like oh cool that makes sense I'm non-binary demigirl bigender! But like, I don't feel like I have 2 genders, and I don't feel agender, and sometimes I feel more enby then other days so I found the label demigirlflux and I was like oh that makes sense but I don't feel like I fluctuate between demigirl and demiboy I feel like I'm somewhere in between demigirl and non-binary and I kind of fluctuate but not that much, does anyone have a word for this? RN I just tell people I'm non-binary because I use they/them pronouns and most people already know what non-binary means. Anyone have a word for this that I can check out? Thanks! Also a bit more context I don't ever feel fully like a girl or anything and I'm not transmasculine :)