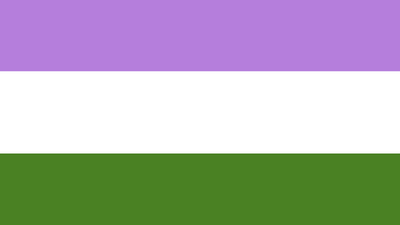 Genderqueer is an umbrella term with a similar meaning to non-binary. It can be used to describe binary cisgender and transgender people within the LGBT+ community who feel that they have a queer or non-normative experience with their gender. It can also be used to describe any gender...

My name is Steve, I’ve been questioning my gender I’ve been genderqueer for a while I’m already out to my whole family but my gender feeling has changed I want to be male but I like to wear dressed, makeup, skirts, I like to dress fem but I like to be seen as male! if that make since- like I want to be seem as male, but i dont want to dress like masculine, can anyone help?

I have struggled with my gender identity for a few years now, so after digging through all the vague genders here and having nothing quite fit perfectly, I invented my own secondary descriptive label: Confusiogender. It describes the status of *understanding* one's gender as being confusing or not understood. I am going to add a full wiki page about it here!

I've been questioning my gender for a little while, so I decided to finally try and get to the bottom of it. This might be a bit of a ramble, so look at the questions for the TLDR. XD

I am AFAB, and when I first initially starting questioning, I came to the conclusion that I was cassfem. As time has gone on, though, I've realized I want a label for it, as it makes me more comfortable. Originally, I identified as girlflux, but I think I've outgrown that label. I started investigating more and came up with genderqueer, genderdoer, and demifluid/demifluidflux. Which leads me to my questions:

1) Most days I feel like a mix of feminine and nonbinary, with sparse, occasional days of more masc/nonbinary. Does this fit the label of genderfaer/genderdoer or is there another that I've missed that might fit it better?

2) I feel like I simultaneously identify as genderqueer and genderfaer/genderdoer. Would that fit under demifluid/demifluidflux? Or am I not understanding the demi- identities properly?

Thank you in advance to anyone that answers!

Hi! I’ve identified as gender fluid for the past 8 months now(ish) but the label doesn’t feel like me anymore. I’ve really enjoyed using she/they/fae pronouns for a few months and am starting to feel more like a Demi girl. However, I am extremely tempted to just give up in specific labels and just say I’m genderqueer. Any advice?

Questions or mantras to ask myself?

Ehehe- I am not having a gender crisis- I don’t need to really KNOW my gender label, but I have just been a bit confused on my whole gender identity. I will explain my feelings of my gender (note : for now- I go by cassgender since I am trying not to care about it- nor do I actually care 😃)

So I want to switch between genders but not actually identify as those other genders except for female (basically I want Camilo’s powers?-). I identify as a female but I don’t feel the need to outright say it(?) because I know that, that is what I identify most as no doubt. But sometimes I just don’t connect with femininity.

Over the last few months I've been letting myself express my gender more openly. I am slowly but surely gettin more over the fear and shame that is attached to this 'side' of me. I don't have the desire to put a specific label on myself on what I identify as. I just want to be, without fear and shame. At the same time, I really want to meet more people like me, and therefore looking for a specific label would help me a lot I think.

I am AMAB, and lately I've been doing more stuff that is generally seen as feminine, like wearing 'feminine' clothing example. Also I've had the privilege of getting laser hair removal and fillers to make my body less hairy and my face slightly more feminine. This has giving me lots of joy and peace of mind, and I've really been loving the way I look lately! However, I do enjoy expressing more masculine as well, about 75% of the time actually, and I never experienced a lot of disgust with the body that I was born with. I have a penis and I really love that weird external organ! Although, the more confidence and courage I gather over the times, the more feminine I let myself be. I've even been thinking about getting HRT, but I'm not really sure if it's for me. I don't feel like fully transitioning, and I have come to understand that its also possible to be a little more in the middle of the spectrum (I wish could just experiment with hormones, but that kind of trans health care is very monopolized where I live, and therefore very hard get).

I've stoppen seeing myself exclusively as a man, but I don't feel like I am a woman either. My gender expressions goes from quite masculine, but never really masc, to quite feminine, but never fully feminine. What am I? I'm getting confused

I can't find a name for my gender

could i be an azurgirl and bigender?

or is it strictly one or the other??

Hello everyone! I was wondering if someone could try different pronouns for me? I want to see how if feels. Could you try anything that's not she/her?

Have a great day!

Hi!! I have a question about gender nihilism. I know it’s more of a socio-political movement but I was wondering if it can be applied as a personal gender identity? Like for me I don’t care about gender identity and I feel as though it shouldn’t matter what my gender is for people to treat me like a human being however this is just in relation to me and me too only as I’m not a fan of forcing the removal of gender in a grand scale just in relation to me if that makes sense?? Also, because of the ideals behind gender nihilism I am hesitant to identify as such for reasons stated above are there other gender labels that have the personal label of gender nihilism but not the socio-political forcefulness on others???

I currently identify as genderqueer, and i feel sort of ok with that? but whats bugging me is that i like to present as a soft sort of masculine (if you catch my drift) and id like a bit more of a specific label, as i never feel feminine but i don't really like identifying as enby or demiboy, or any label that relates to having a large *amount?* of masculinity. any help would be appreciated! 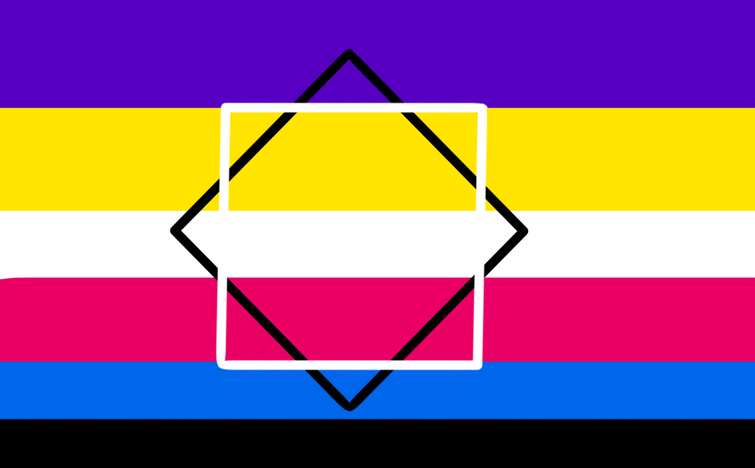 LGBT+ Gender Identity Community Construct | Abbreviated as LGBT+GICC, similar to LGBT+SCC, this is the primary community construct of the LGBT+ association and includes policies to prevent misinformation, misinterpretation, and strictly forbids ‘new’ gender identities being created without abiding by the true meaning of what makes a gender identity itself. Morongender is the satire sub-group of it. Members of the LGBT+SCC could belong to any gender identity as long as it follows the general and elaborated appropriate definition of the term ‘genders’. 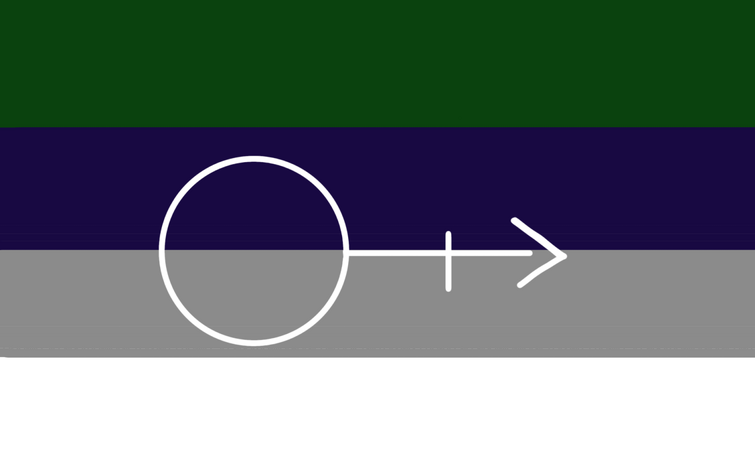 Gender Dependent | A person who is gender dependent may be referred to gender apathetic, though they are no exactly similar; as a gender dependent person’s gender identity depends on what people refer to as. Do not confuse this with others refer to a person any pronouns, that is either pronoun apathetic or pronoun dependent. Again, note that the general four pronouns does/could refer to your representative gender identity. 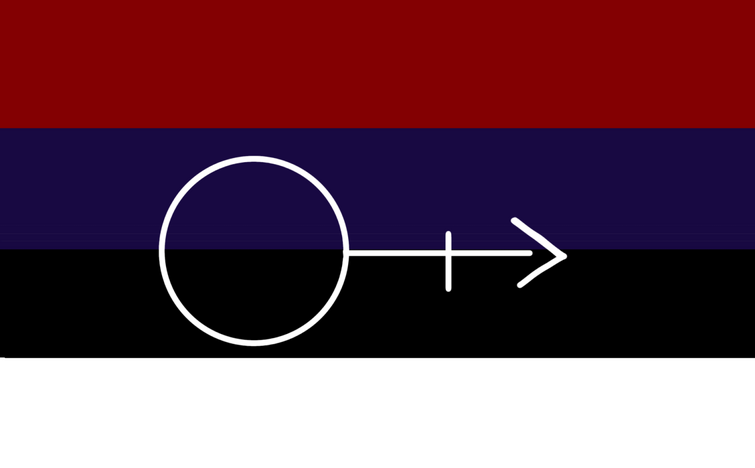 I having been questioning my gender for a while now and i feel mostly agender but i feel connected to femininity, masculinity neutral/neither (so ig non binary).

Is there a label for this bc several ppl have said libragender but idk.

I have been questioning my gender for awhile now and I think I found a term that fits, but I'm not so sure

I guess I don't really known what I feel. I don't feel like a man but I dress in a stereotypical Masculine way, but I still look very feminine even though I don't dive into what society sees as feminine/female. I am in the process (very slow process) of changing my name, because my birth name causes me a lot of confusing negative emotions. As far as my body I don't experience any problems, so I wouldn't say I feel dysphoric, though I haven't been completely comfortable with my chest lately. I get angry and depressed cause idk if what I feel is real or not, or what it even means. I don't want to be someone I'm not or hurt anyone if this isn't real and I don't want to come out as anything when I'm not 100 per cent sure as what it is I am feeling

I have found Demiandrogyne and have wondered if that fits? It says a mix of female, male and a third gender, but can it be the feeling of being feminine/masculine instead of female and male? Or is that something different? Cause at this point idk if I feel much connection to my female identity anymore, but tbh, what does it even mean to feel male or female or Non-Binary? I genuinely don't know

What do you guys think? Any help would be greatly appreciated

Have a great day to all you lovely people

EDIT: I also forgot to mention that I identify as Lesbian/Ace, so this draws quite the confusion towards this as well, cause I feel VERY comfortable with the Lesbian label, so my feminine qualities aren't fully gone. I am so confused

I have almost no clue what my gender is. the only thing i know is that im not a man in any way. i think my gender feels feminine (but not girl) sometimes ??? and im fairly sure its neutral most of the time. but i also have no idea if thats true or not. and im not sure if its fluid or static or both (although writing this out it seems like its fluid). i feel like sometimes i do have a gender, but its not boy or girl. sometimes i do not have a gender. sometimes my gender is feminine. i have no idea what it is, so uh yeah please help if you can

Okay so! I've been feeling so confused for the longest time and I need someone else's input on this.

I like she/he pronouns. I love masculine compliments. I'm fine with being called a man, woman, etc. But the thing is: I never get gender dysphoria. I feel like a woman, but I also feel like there's more masculine elements to my gender. I don't care if I'm perceived as a man or woman.

Or something else entirely. Please help!