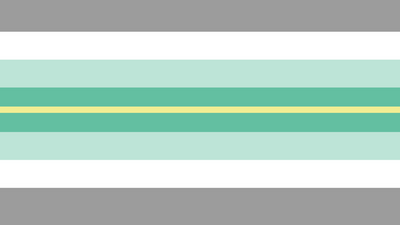 Paragender is the feeling very near one gender and partially something else which keeps you from feeling fully that gender. Similar in definition to perigender and offgender. Paragender people are in the range of feeling 51-99% of a connection to another gender. The majority gender that is...

I think Ive found a better description of my gender. So I originally thought I was a demigirl maybe? I was also told by someone about Pronoun non-conforming? I kind of also feel like 85-90% female, 5-10% Agender and 10-15% Non-binary. Can I be all three as a paragirl? Or is there another gender identity? Cause I don't really know. Agender is in the background but it still is there. Would I be maybe Trigender? I feel like it doesn't fit me. I don't know.

What’s the gender if someone fluctuates between paragirl to fully female?

I'm AFAB but i never really paid any attention to my gender until my mom started trying to force me into being female by forcing me to wear earrings too be considered a girl (I know not only females wear earrings, boys, non binary and other people do too but it bothered me because she considers earrings to only be for women and it's kinda like that in my country) So since it bothered me so much i used to think i was trans (FtM) because i never really acted female but then that didn't really feel right, so i thought i was a demigirl or something. but then that didn't feel right either. Now after a long time of being confused i noticed that sometimes i feel masculine but not fully male, and i barely feel feminine but i kinda do (Like feminine but not really feminine) but most of the time i feel nothing, but i don't exactly feel agender either. So basically being called 100% female never really feels right, neither does being called 100% Masculine or agender, but sometimes masculine, rarely feminine but not really feminine, and most times i feel nothing, sorry if this is poorly explained i suck at explaining stuff, and it's cold here so idfk anymore. i just wanna figure out what i am. I found a few things that could be me though, Like Grey gender, Paragender (Paragirl possibly) , Genderflux, Genderfluid, Agenderfluix, and terms similar to those. I also can't decide between she her, he him, or they them along with two other neo pronouns, so i'm even more confused

Would someone want to make a flag for it? Its ok if not ^^

Is there such a thing a Paragender-flux, basically Mix between Genderflux and Paragender?

For me I feel like Paraboy-flux where the intensity of other gender(s) that I feel hold me back from fully being male fluxuate but are never as intense as male.

Idk if I haven't looked enough or it doesnt exist, but if it doesn't can we make it a thing?

If i feel mostly/usually feel like a cis girl but sometimes I want to be androgynous would that be paragirl? It's like feeling 90% girl 10% non binary or specifically androgynous

I'm afab and never felt female. I feel like a boy and agender at the same time. I thought I was boyflux but I didn't fluctuate for so long. I feel like I'm a demiboy now and I feel like I was wrong about being boyflux. Libramasculine and paraboy doesn't fit me at all now. What do you think my gender is? I'm so lost...

So, my gender fits really well within the Paragender definition however I partially feel multiple genders that are static instead of one. Am I Paragender?