Questioning is a term used to describe anyone who is in the process of deciding which gender identity suits them best. Transgender people may undergo a period of questioning in which they reflect upon their preferred gender expression, their personal definitions of masculinity and femininity... 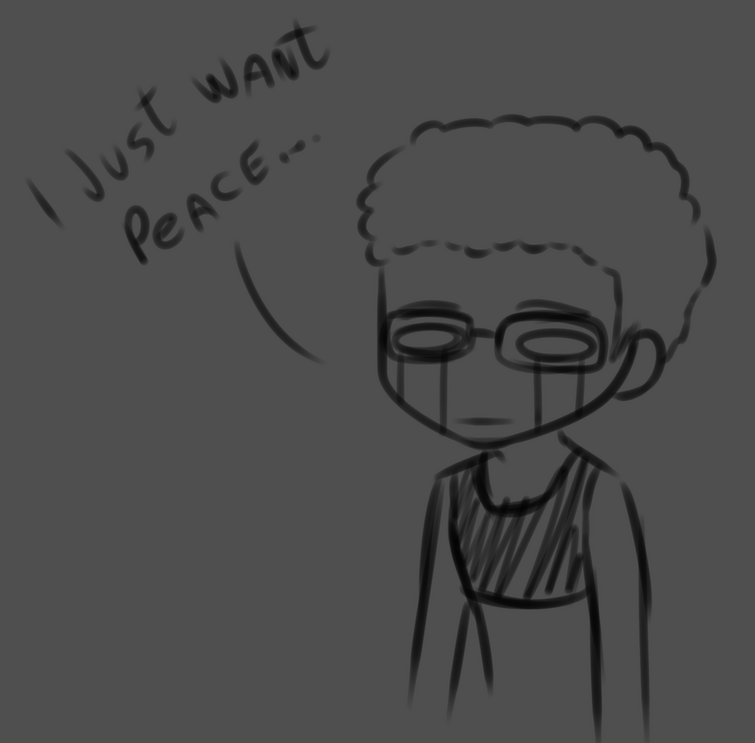 I realised I'm not cis awhile ago and I've been using she/they pronouns online for about 6 months and I like those pronouns, they make me feel comfortable so the they aren't really the problem.

I identified as female, then non-binary but neither really fitted so I tried demigirl but I felt as if my gender was more fluid then that. That led me to trying demigirl-flux but I often feel more female than just a demigirl, which is the most feminine a demigirl-flux person feels. That led on to gender fluid but I never feel like a guy or feel like he/him pronouns fit.

Recently I've been feeling alot of dysphoria about my chest (I'm afab) and for a while it was my hair (but then I cut it shorter and the dysphoria related to that stopped.) which is why I decided to try and address the issue instead of ignoring it.

If anyone has any ideas about what identities to check out or what I may be, for lack of better word, please let me know.

I'm not sure how much sense this made...

hey um i have a question

can i identify as genderfloren and agender?

agender: not connecting to gender (male or female) or having lack of gender.

So I feel like I'm cis but my gender feels weak so I feel like greygender fights but it says that's only for non-binary people. Is there any gender identity that fits how I feel?

Hi! I am having a bit of a gender crisis. I have identified myself as a girl my whole life but now i'm not quite sure. I like to use they them pronouns but I like getting called pretty or handsome, and I like wearing both masculine and feminine clothes. I'd like to get some help and opinions please.. anything would help thank you!

am confused about the gender; i could give less of a damn how people view me but idk if i am apagender?? like i wanna be manly most of the time, some of time i wanna be femme but aaa. can anyone help?

Hello i'm lucifer the host i have 4 alters

We have osdd-1a, ask us questions?

As your reading this my gender crisis is attacking me painfully. I feel the identity Boyflux doesn't fit me anymore. so im just going to explain it to y'all.

Im Trans-Masc. i know that for sure. but i dont exactly feel.. male. if i think of what gender i feel it feels like nothing. like its just me, but i have a desire to be one of the more male aligned genders. i dont really feel more male one day but more genderless another? idk how to word it but yeah. i feel like a bleh all the time. i dont know if im just doubting myself or what but someone please help.

But these lil percentages fluxuate a TON-

Some days i feel super female and other days i want to bind my chest and just b nothing. its odd.

Genderfluid doesn't feel right- i dont id as a male, and most do... its confusing.

Mkay so i found demigenderflux which suits my gender experience the most but i wouldnt like to have it as a label. it wouldnt feel right to get introduced for me like: "this is ang. xey are demigenderflux." it wouldnt feel right so please help and also i dont like unlabelled. i already posted about this but literally nobody saw. wait but to add on my gender experience is genderfluid with no binary genders.

WAIT I FOUND MY GENDER I LINKED IT!!! I FEEL SO RIGHT NOW!!

So i’m questioning my gender, again. i feel comfortable being called any gender and using any pronouns, the gender dysphoria i feel is more mental than physical, but i don’t identify with a binary gender.

I don’t know if what i feel has a label, or if it hasn’t been coined yet. but if anyone knows what this is called, please tell me.

So basically, I think I have gender dysphoria, I just don’t like having an AFAB chest, but other than that, I’m fine being a girl. So does this mean I’m still cis?

I sometimes seem to switch back and forth, or feel them at the same time, but I wonder if it's fluctuating dysphoria, or maybe I'm just confused. I felt a sense of relief when I found Sonnian, a non-binary xenogender that's connected to both the void (genderlessness) and soft celestial masculine energy. I don't think I'm male-aligned, but my friend says I act very guyish, and I'm told that I have very masc energy? (I'm afab). I also found the term Cenrell, a gender that's on the neutral spectrum but is connected to masculinity, not aligned. Can I see some more terms that might fit better?

Hi!! I have a question about gender nihilism. I know it’s more of a socio-political movement but I was wondering if it can be applied as a personal gender identity? Like for me I don’t care about gender identity and I feel as though it shouldn’t matter what my gender is for people to treat me like a human being however this is just in relation to me and me too only as I’m not a fan of forcing the removal of gender in a grand scale just in relation to me if that makes sense?? Also, because of the ideals behind gender nihilism I am hesitant to identify as such for reasons stated above are there other gender labels that have the personal label of gender nihilism but not the socio-political forcefulness on others???

So i been a trans man for awhile now but i still don't understand or 100% feel male, only 90%. i like the term unlabeled but not 100%, i still feel like a guy and sometimes no gender at all, i still uses he/him. what gender would i be?? i hate the the idea of me using any term that's fem

Hi, I started questioning my gender around the beginning of August, and I think I recently came to a conclusion that I'm girlflux (or demigirlflux). Since I'm fairly new to the LBGTQIA+ community, I had a question about girlflux: is it sort of like genderfluid, when you can feel one gender at one time and then later, next day, sometime later feel a different gender? Because I think I felt like enby one day, but I think later that day I felt more demigirl. Is this valid? Is it different for every person? I'm still confused, I might be demigirl or girlflux, I just want a little help :/ (I'm also AFAB)

I don’t know if im just cisgender or not but I at least feel feminine. I use She/Her but I also use some non-binary pronouns as well, like for example, It/Its is one of my favorites. I don't feel Agender though. I don't know if i'm part non-binary or not. Like my non-binary pronouns make me feel really happy inside but I also feel femine? I don’t know. It's weird. I do know that my gender doesn't fluctuate in any way. I need help if anybody can pinpoint anything? Thank you. That would be helpful.