Pride flags are a diverse set of flags that are used for representing a gender or sexual identity that is fully part of the LGBT community.

Pride flags are often carried out at pride parades and other visibility events to show identification or support for a particular gender identity or sexuality. They may also be combined with gender symbols. Read on to learn about the different flags in the trans, nonbinary, and genderqueer community.

The current transgender flag was designed by trans woman Monica Helms in 1999. It has five stripes in total, from top to bottom: blue, pink, white, pink, blue. It first appeared a pride parade in Phoenix, Arizona in 2000. [1][2]

The nonbinary pride flag was created by 17 year old Kye Rowan in February of 2014 when a call was put out by several members of their community for a flag that could represent nonbinary folk who did not feel that the genderqueer flag represented them. This flag was intended to go alongside Marilyn Roxie's genderqueer flag rather than replace it. [3][4][5]

The flag consists of four stripes coloured (from top to bottom) yellow, white, purple and black.

The final version of Marilyn Roxie's genderqueer pride flag was created in June 2011. It underwent two other versions with the same color scheme in 2010. It originally attempted to represent all non-binary and genderqueer people, however, as the genderqueer community grew the flag became synonymous with "genderqueer", thus leaving many non-binary people feeling forced under a label they didn't want. Rather than try to replace Roxie's flag, another flag has come to sit along side it to represent those who wanted it. [6]

The genderqueer flag has three stripes coloured (from top to bottom) purple, white and green.

Sorcerykid: "The banner is constructed of two exterior lavender fields in opposition, a composite of the pink and blue fields found in the transgender pride flag and an interior white field one-fifth the proportion to the remainder. Lavender symbolizes the blurring of the conventional ideals associated with masculinity and femininity whereas white represents freedom of gender expression."

An intersex flag was created in 2009 by Natalie Phox. It consists of five horizontal stripes coloured (from top to bottom) lavender, white, a double-width stripe with a gradient from blue to pink, white and lavender. The gradient represents the range of sexes between male and female, and the lavender represents a combination of male and female traits. An alternate intersex flag was created in 2013 by Organisation Intersex International Australia. It features a yellow background with a purple ring in the centre. It was designed to be unique and non-derivative, and to avoid colours associated with traditional gender roles such as blue and pink. The unbroken circle symbolises wholeness and completeness, and the right for intersex people to be who and how they want to be. [7]

"The transgender pride flag has been inserted within the circle of the intersex pride flag to signify the inner identities of intersex people who do not identify with the gender their doctors and/or parents assigned them at birth." - Jesse Bananasaurus/Demi-Dude created in July, 2017.

Created in 2012 by JJ Poole (genderfluidity). It has five horizontal stripes which are coloured (top to bottom) pink, white, purple, black and blue. [8]

The two colors have been used alone to intentionally be agender specific without the addition of others usually seen to give reference to gendered identities of any type and aesthetically to create a stark, bold, and simple contrast for the emphasis in the difference and separation from genders expressed and included in other pride flags.

The citrus agender flag variant by Mars (2021) has five colors. The colors and meanings are:

Created in January 2015 by Pangendering. It's based on the agender flag. It consists of seven stripes colored (top to bottom) yellow, light red, violet, white, violet, light red, yellow.  The colors are very bright so that they represent the multiplicity of genders (because the white light, in the electromagnetic spectrum, is a combination of all colors).

As IngenDerism is about the unity of humanity, rather than separating people by their differences, a white flag is used, as all colours are merely part of white.

Unsure of who created this bigender flag and when, but right now it is one of the most popular flags.

There are, of course, many other official and proposed pride flags for specific identities throughout the community. Below is a look through a few of them: 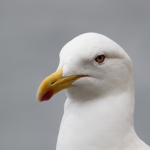