Third Gender is a term used in sociology to describe any societally or legally recognised gender role outside of the gender binary of male and female. The term by itself doesn't refer to a specifically defined third gender, but more generally to any gender beyond two. Some 'third gender' societies may have four or more gender identities. Many non-binary people identify as third gender even if their culture or country does not recognise a third gender

Gender identities which have historically fallen under the label 'third gender' include Hijra in India, Two-Spirit in many Native American cultures, and Fa'afafine in Samoa. Modern non-binary identities may also be described as a third gender, particularly with regards to legal recognition of these genders.

Third Gender is no longer typically used except as an umbrella term, and where possible the individual identity in question should be specified.

Countries with a Third Legal Gender 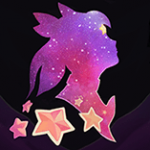